Youth author Andrea Pearson is having a giveaway for a kindle and 5 of her eBooks (scroll down for more info.)! This post is to help promote that giveaway but also to feature one of her new stories!
Andrea Pearson is the author of the imaginative and entertaining middle grade/YA fantasy series The Key of Kilenya as well as a new YA supernatural suspense series called Katon University. For my previous interview post with Andrea, click here.
With input from Lovecraft and M.R. James story lover James Curwen, Andrea has written three teen "soft" horror novellas (including the one featured below) that will be accompanied by a full-length novel in 2013. More novellas and novels in this series are on the way. 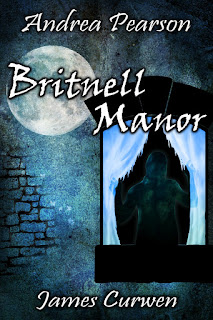 (From Andrea's Website)
Austin receives a photograph in the mail and quickly discovers something about it isn’t quite right: every time he looks at it, there are changes.
And the changes aren’t good.
Loosely based off an MR James ghost story, Britnell Manor is a novelette in the Katon University First Year series. Will take about an hour to read.

I received an eCopy of Britnell Manor, one of the Katon University novellas, for review. And oh my heck! Creepy-deepy! I'm glad I read it midday. But as I was reading it, it was reasurring to know that it is "soft" horror and that Andrea writes nice stories. I knew it wouldn't end badly--I mean I knew I could have a sigh of relief at the end.
The characters are at least 18 years old and are all students with magical abilities attending a special university. This isn't like Hogwarts though. I totally didn't get that impression. It's written as a real-life college experience (without the sex, drugs, and alcohol, mind you) with impending midterms, dorm rooms, study groups, and the overall chilaxness of being an independent young adult. Something like that. College setting and age of the characters aside, it's definitely a great read for a YA audience. 16 and up might have a better understanding of the setting, but the characters and what they're up to, like relationship-wise, is perfectly connectable with the YA audience.
The writing is great--very concise and obviously thought out, rolls off the mind well. The dialogue and actions of the characters feel very organic. The creepiness is very creepy and though I'm not a horror or thriller/suspense connoisseur, I imagine that this would be an enjoyable, quick read for those who are--and just enough for those who aren't.

Oh, and as for food in the story, it starts out with a steamy bowl of chicken flavored ramen and moves onto white chicken chili (in a slow cooker) and then root beer floats toward the end. Nicely done, Andrea. (I love me some white chicken chili. I make mine with the McCormick seasoning packet, easy peasy.)
Andrea is currently having a giveaway for a Kindle (with special features) + 5 of her eBooks hosted by Terri's Little Haven! (Don't be afraid of the high entry number--each entrant is able to get 210 points so...)
Check out the other books in the Katon University series: 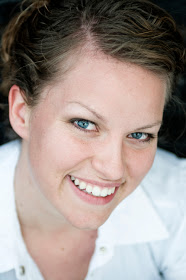 Andrea, a Brigham Young University graduate, is an avid reader and outdoor enthusiast (hiking, boating, biking, spending time in the Rocky Mountains, and taking walks). She spent a year and a half serving the Spanish speaking community in Toronto, Canada, and fluently speaks 2 ½ languages. She plays several instruments, not including the banjo, and loves putting together musical arrangements.
Andrea is always in the mood for a good movie with close friends and family (especially her husband and mom), with a large glass of milk and a bowl of overly buttered popcorn nearby. She also enjoys oil painting, making earrings, and she hopes to someday travel to Italy and Alaska. She
loves writing clean fiction for youth and adults and is the author of nine
books, including the Kilenya Series (fantasy for readers 10+), a
Kilenya Romance (teen readers), and the Katon University Series (soft teen horror/paranormal/fantasy).