YA Wednesday: The Kilenya Series by Andrea Pearson + Interview!

Today's post features LDS, YA author Andrea Pearson and her awesome Kilenya series. Right now there are three books in the series available, The Key of Kilenya (Book 1), The Ember Gods (Book 2), and a companion story, Samara: A Kilenya Romance. All books are available in eBook format, with the first two also available in paperback.


(From Goodreads)
When two vicious wolves chase fourteen-year-old Jacob Clark down a path from our world into another, his life is forever changed. He has no idea they have been sent by the Lorkon—evil, immortal beings who are jealous of powers he doesn’t know he possesses—powers they desire to control.
The inhabitants of the new world desperately need Jacob's help in recovering a magical key that was stolen by the Lorkon and is somehow linked to him. If he helps them, his life will be at risk. But if he chooses not to help them, both our world and theirs will be in danger. The Lorkon will stop at nothing to unleash the power of the key—and Jacob's special abilities.


((click the Goodreads link to enter to win a copy! A copy of The Ember Gods is also up for giveaway on Goodreads!))

If you're local and you'd like to meet Andrea and/or get a book signed, stop by Pioneer Book in Orem THIS SATURDAY FROM 1 - 3 PM! Andrea will be there along with authors Jenni James (YA, see post here) and Tristi Pinkston (mystery). And thanks goes to Tristi Pinkston for connecting Andrea and me for this interview!

Now on to the interview with author Andrea Pearson! : 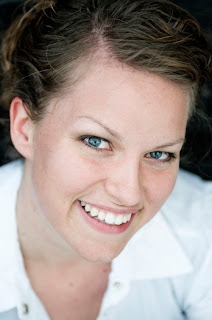 Andrea: The books I’ve completed have all been young adult or middle grade (I consider the Kilenya Series to be both). I’ve started books in a couple other genres, but haven’t had time to finish them yet. :-)
Me: How many books will be in the Kilenya Series?
Andrea: I’m sticking with six. (My family argues with me on that. They want the series to go on and on and on . . . I don’t. :-) I have too many other ideas to get out. :-))
((plus, on Andrea's website she has stated that she will be doing several Kilenya romances! Oo la la! Samara is just the first!))
Me: The Key of Kilenya was published as an ebook initially and sold very well. At what point was it decided to make a hardcopy of the book?
(And when will your book launch be??)
Andrea: We’d planned to produce a physical version from the get-go, and once we saw the demand for paper, we brought it out sooner than the original date. Same with The Ember Gods (Kilenya Series Book Two). It came out as an eBook, then two weeks later was available in print. It’ll probably be like that for the rest of the books. :-)
As to the book launch, I had a private party with my family and a couple of close friends. I may have a book launch for August Fortress (book three) when it comes out early 2012, but it depends on my schedule. :-) I do book signings, though, and that’s been a ton of fun. :-)
Me: What was/is the publishing process like?
Andrea: It’s been quite a journey for me. I experienced nearly every scenario possible before choosing to self-publish. (A choice I’ll never regret. :-)). Basically, when I started out on the writing journey, eBooks hadn’t gone big (I don’t think they’d even been invented yet). I always planned to do things the traditional way: find an agent, get a publisher, be hugely successful (as most authors plan. ;-)). But when I had an agent who was finding contracts for me, it never felt right, and I realized a lot of publishers were trying to keep the focus on print, where all the focus was naturally turning to eBooks. I turned down a couple of offers that really didn’t cut it or just plain weren’t very good (since I was a no-name author) and decided I could be a lot more effective and productive on my own for a while. So far, it’s been very worth it. :-)

Me: You are the third oldest of seven children. Did this have any impact on your desire to create/write stories?
Andrea:  Having younger siblings did, yes. My youngest brother was in my target audience when I first started writing a few years ago. I wrote The Key of Kilenya for him, so he’d have something new to read. :-)

Me: What were your favorite books growing up?

Andrea: Oh, man. Hard question! I was a huge fan of The Adventures of Tin Tin, the Nancy Drew books (the older ones, not so much the newer ones), Hardy Boys, Madeleine L'Engle’s books (though I never could say her name right :-)), The Phantom Tollbooth, nearly anything I could get my hands on, basically.
((I think Tin Tin is great too! And it's coming out as a movie by Steven Spielberg and Peter Jackson on Dec. 21st, 2011!))

Me: Are there any books that have impacted your writing?

Andrea: I know he's not in my writing "genre," but Michael Crichton’s books are the first to come to mind. He's been one of my favorite authors for a long time. He really knew how to grip his readers. And I love logical, scientific type books—he excels at that. I want my books to have that sort of concise, clear, and logical writing. Next, Harry Potter and Fablehaven—I love the tone set in these books.

Me: Could you tell us some instances of inspiration for different aspects in The Key of Kilenya (a.k.a. What were some ways you got ideas)?
Andrea: I’d always been fascinated with skeleton keys. And ordinary people who find out they have magical abilities. At one point, when I finally became serious about writing the Kilenya Series, I couldn’t read anything without my own ideas assaulting me. It was really awesome.
Me: Do you have a schedule for writing? How do you balance being an author with the other aspects of your life?
Andrea: I still haven’t figured out the whole schedule thing. :-) I make sure to get in at least an hour of solid writing a day (which amounts to about 2,500 words, depending on my level of focus). Marketing, promoting, writing, editing, cleaning, cooking—all of it is pretty hard to get through each and every day. :-)
Me: What would your dream vacation consist of?
Andrea: A trip to Italy or Alaska with my husband. Possibly a cruise that would take me to both places. ;-)
Me: What's your favorite food?
Andrea: Anything my husband cooks (he’s an excellent chef), or Italian.
Me: Would you say your religious beliefs impact your writing? If so, in what ways?
Andrea: Yup, I would. :-) My main characters are honest and have good values. They aren’t members of my church, or I don’t think they are—I’d have to ask them, actually :-)—but I still wanted them to uphold certain standards. My goal is to write books that are fun, exciting, and clean that will bring hours of reading enjoyment to adults and young readers alike. And I especially don’t want a child of mine to read something I’d written and get embarrassed at the language or context.
Me: Thank you, Andrea!
Andrea: Thanks for interviewing me! :-)

Please visit Andrea's website to learn more about her and her great BOOKS!
And here is Andrea's Amazon page if you'd like to order a print copy (the pictures above have links to the Amazon kindle versions). The eBooks are also available for Nook or on Smashwords.
Posted by Diana