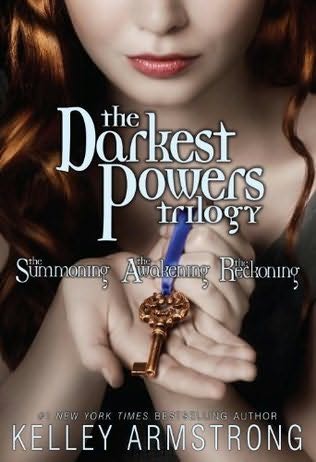 Dude. I have a super cool, teenaged sister-in-law. Her name is Rachel and she's currently in high school.
She LOVES to read and I totally trust her judgement.
Today's feature is on a book series Rachel talked to me about a while ago. She highly recommends it and was, at that time, reading it through for the second time. It's that good.
Below is Rachel's input on The Darkest Powers trilogy, in her own words.


The Darkest Powers series by Kelley Armstrong is about a teenage girl who has the ability to see ghosts, but everyone else thinks she's crazy so her father decides to send her to a group home and everything seems normal until some peculiar things start happening.

I really like this series because it's entertaining and that in this book, despite it being written by a woman, the boys actually sound like boys -not like those fake ones found in romance books.
Also, I found the main character Chloe very likeable although sometimes she's useless and acts like a brat -at least she ADMITS that she's being like that.
It is also a very thrilling adventure story with a little romance in there; something for everyone.

So what I'm trying to say is to drop those Twilight books and pick up The Darkest Powers series.
First book: The Summoning, second book: The Awakening, and the third and final book is called The Reckoning.
Read them it's for your own good. :)
((Thanks, Rachel!)) 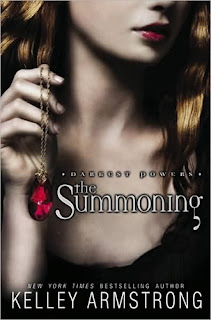 (From Goodreads)
The Summoning (The Darkest Powers Series, Book I)
After years of frequent moves following her mother’s death, Chloe Saunders’s life is finally settling down. She is attending art school, pursuing her dreams of becoming a director, making friends, meeting boys. Her biggest concern is that she’s not developing as fast as her friends are. But when puberty does hit, it brings more than hormone surges. Chloe starts seeing ghosts–everywhere, demanding her attention. After she suffers a breakdown, her devoted aunt Lauren gets her into a highly recommended group home.
At first, Lyle House seems a pretty okay place, except for Chloe’s small problem of fearing she might be facing a lifetime of mental illness. But as she gradually gets to know the other kids at the home–charming Simon and his ominous, unsmiling brother Derek, obnoxious Tori, and Rae, who has a “thing” for fire–Chloe begins to realize that there is something that binds them all together, and it isn’t your usual “problem kid” behaviour. And together they discover that Lyle House is not your usual group home either… 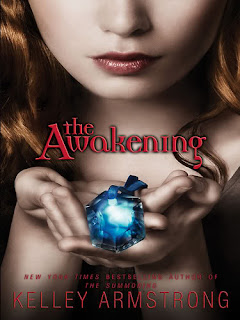 The Awakening (The Darkest Powers Trilogy, Book II)
Book II in the Darkest Powers trilogy takes us deeper into a world where the supernatural intrudes on the everyday with riveting effect.
If you had met me a few weeks ago, you probably would have described me as an average teenage girl – someone normal. Now my life has changed forever and I’m as far away from normal as it gets. A living science experiment – not only can I see ghosts, but I was genetically altered by a group of people who call themselves The Edison Group. What does that mean? For starters, I’m a teenage necromancer whose powers are out of control: I raise the dead without even trying. Trust me, that is not a power you want to have. Ever. 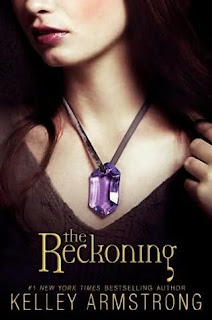 I’m running for my life with three of my supernatural friends – a charming sorcerer, a cynical werewolf, and a disgruntled witch – and we have to find someone who can help us gain our freedom back before The Edison Group finds us first. Or die trying.

The Reckoning (The Darkest Powers Trilogy, Book III)
Only two weeks ago, life was all too predictable. But that was before I saw my first ghost. Now along with my supernatural friends Tori, Derek, and Simon, I'm on the run from the Edison Group, which genetically altered us as part of their sinister experiment. We're hiding in a safe house that might not be as safe as it seems. We'll be gone soon anyway, back to rescue those we'd left behind and take out the Edison Group . . . or so we hope. 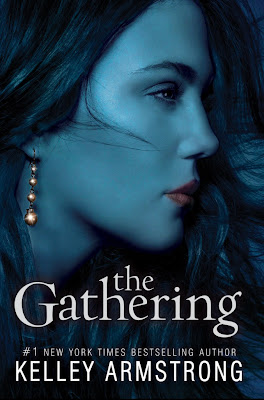 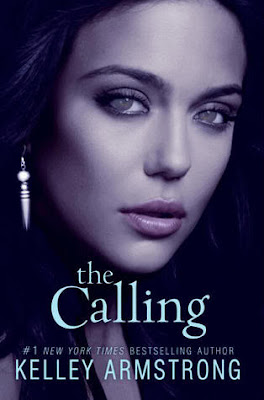 Kelley Armstrong has begun a second trilogy in The Darkest Powers series called The Darkness Rising trilogy (The Darkest Powers series books 4-6). The first book came out this past April and is called The Gathering.
This trilogy still revolves around The Edison Group and their experiments, but the characters are different than the first three books. The main character is a sixteen-year-old girl named Maya Delany who lives in a small research town on Vancouver island.
Ms. Armstrong intends to bring the main characters from the first trilogy back, but not until at least the third book in this new trilogy (the 6th book in The Darkest Powers series as a whole).
The second book in this second trilogy is slated to come out next April. It's titled The Calling. The third book will come out a year later under the name The Rising.

In the mean time, there are a few bonus short stories that go along with the series. Check them out here. There will also be an ebook short story compilation in the near future.
Posted by Diana