Utah is like a little Hollywood. That might sound far-fetched to some, but it's becoming increasingly known in media circles. Utah has great talent and dedication where both cast and crew are concerned, the environment is dynamic, and cost is less. Many Hollywood movies have been shot partially or in full in Utah and there have been, and continue to be, many films completely Utah made. 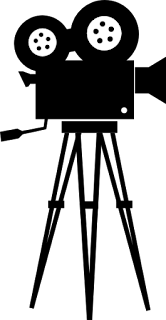 Several months ago while searching for information on the Utah made fan film "Flight from Shadow" based on a section in The Eye of the World, book one in Robert Jordan's Wheel of Time series, I discovered a web series called "Filmed in Utah" and on one of the episodes I watched a short, live-action film directed by a guy named John Lyde inspired by Neal Shusterman's YA novel Unwind. I was impressed (and wanted to buy the book right away) and wanted to see what other films John Lyde had produced (and edited and wrote and was director of photography for--he's talented. Check out his IMDB page). That's when I found MainStay Pro on YouTube. Dude. John Lyde and MainStay are doing some great things in the avenue of YA books. How cool is it that you read a book, you like it, get inspired, and use your own talents, combined with the talents of your friends to make a short, live-action film to show to the world. How awesome is it that a person can do that!
John Lyde and MainStay have not only done a short for Unwind, but also Maximum Ride: The Angel Experiment by James Patterson, What's Left of Me by Kat Zhang, The Fault in Our Stars by John Green, Prodigy by Marie Lu (who I met yesterday! Marie Lu said she loves MainStay's short film/book trailer! And MainStay was in contact with her while making it and asked her who she wanted to play a certain role and she named this parkour guy and turns out he's in UT and MainStay already knew him!), and probably the most popular from MainStay and John Lyde where YA is concerned, The Hunger Games trilogy inspired short films which include the "Finnick & Annie" webseries (speculative shorts about Annie and Finnick before the events in the Hunger Games trilogy), a few shorts inspired by scenes from the books, and the new short "The Hanging Tree" (another speculative, pre-trilogy, film).

I've included all of MainStay's current YA videos below. I'm so excited to see what John Lyde & MainStay Pro make YA-wise in the future!


Inspired by Prodigy (sequel to Legend) by Marie Lu

Inspired by The Fault in Our Stars by John Green

Inspired by What's Left of Me by Kat Zhang

Inspired by Unwind by Neal Shusterman

Inspired by Maximum Ride: The Angel Experiment by James Patterson

"Finnick & Annie" (all of the webseries shorts combined into one)

"mockingjay.net" (made for the popular Hunger Games fansite)