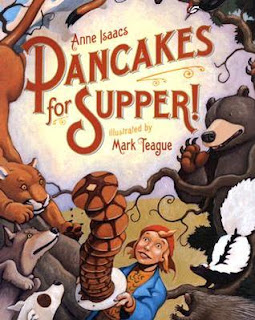 Remember Helen Bannerman's 1899 South Indian boy Little Black Sambo and then his 1996 more politically correct incarnation Little Babaji by Fred Marcellino? There have been several other versions of the classic tale of a young boy and wiley, fast tigers but did you know that in 2006 a version with a New England setting by Anne Isaacs & Mark Teague came on the scene? Move over butter and meet Toby Littlewood and her maple suryp!


(From Goodreads)
Caldecott Honor author Anne Isaacs and N.Y. TIMES bestselling artist Mark Teague transform Helen Bannerman's popular classic story into an Amercian tall tale set in the backwoods of New England.
When her family's wagon hits a bump, golden-haired Toby Littlewood is hurled into the sky and lands deep in the snowy forest. There she meets a prickly porcupine, an enormous bear, and a hungry cougar, among other fearsome creatures. Cleverly, she talks each one out of eating her by offering up her fancy clothes. In the end, in a competition to be the grandest beast, the vain animals chase each other around and around a maple tree, where they turn into maple syrup!
Isaacs' clever, rollicking text and Teague's animated animals in Toby's clothing are sure to delight the youngest reader.

Check out these activities for Pancakes for Supper!

Below you'll find the recipe from the back cover of the book with ideas for making your pancakes look like animals! (After the pancakes are done cooking.) 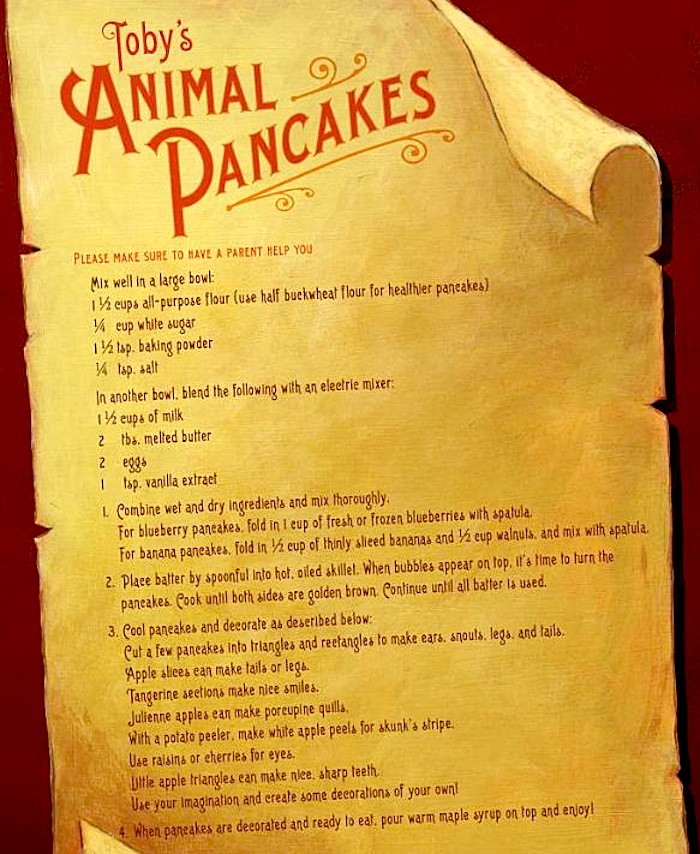