Illustrator Jake Parker & The Antler Boy and Other Stories Kickstarter

Jake Parker has an awesome Kickstarter project going on right now.
Jake is an amazing illustrator and author who lives here in Provo. He did the illustrations for the recently published (Fall 2011) picture book The Astonishing Secret of Awesome Man by Michael Chabon and is the creator of the Missile Mouse graphic novel (comic) series published through Scholastic. Jake also spent many years in the film industry working on the movies Horton Hears A Who, Ice Age 3, and Rio.


So basically, Jake knows his stuff.
During all of these projects, spanning over so many years, Jake has  continued to create many original stories which he would now like to compile into one great book.


If you're not sure what Kickstarter is all about, it's a donation/funding site for various kinds of projects. It's a dream-maker-happener. The person needing funding sets a monetary goal and a time limit and those who want to help do so by pledging monies. BUT they aren't charged until the end of the funding period and only IF the goal is reached. So it's totally safe for those who donate because the money doesn't go anywhere until the project is legit. And often, the project creator will give those who donate something really sweet.
Like, an autographed copy of the book that is being putting together.
This is what you will get if you donate $25 to Jake's Kickstarter project. This is what the Kickstarter project is for. It's a compilation of several of Jake's comics (or if you prefer; illustrated stories) that are totally family friendly. You can see the run down, with pictures, on Jake's Kickstarter page (or watch the short video below). Aside from stories, you also get a sketchbook section with more of Jake's artwork. So basically, your pledge is the same as buying an awesome, autographed book.
Check out this video to learn more about this project. 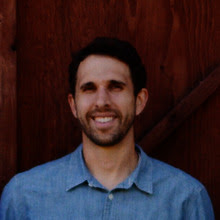