"Meanwhile," said Mr. Tumnus, "it is Winter in Narnia, and has been for ever so long, and we shall both catch cold if we stand here talking in the snow. Daughter of Eve from the far land of Spare Oom where eternal summer reigns around the bright city of War Drobe, how would it be if you came and had tea with me?" 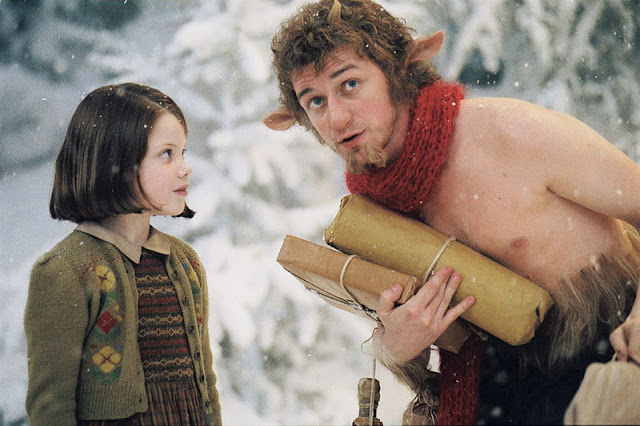 "And really it was a wonderful tea. There was a nice brown egg, lightly boiled, for each of them, and then sardines on toast, and then buttered toast, and then toast with honey, and then sugar-topped cake."
--The Lion, the Witch, & the Wardrobe, Chapter 2: What Lucy Found There
(From Oxford's Literary Tea by Nancy Enright) 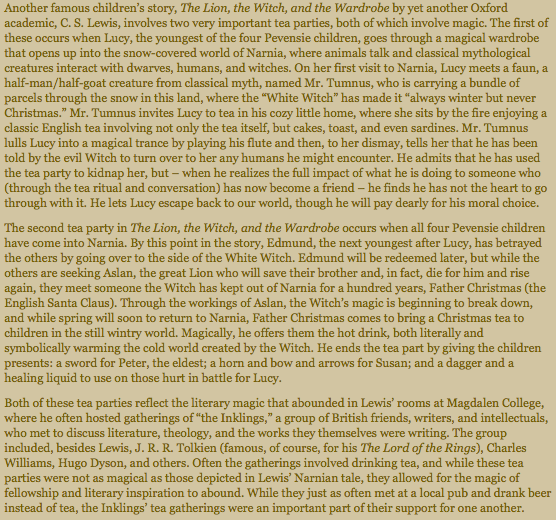 So first, there's the TEA.
In the Winter, I'm partial to Celestial Seasonings' Bengal Spice herbal tea. It's like drinking a cinnamon stick --so add a little milk (or soy milk). Want something not so strong? Try Celestial Seasonings' Sleepytime herbal tea. It's very cozy and good (chamomile and spearmint) and remember, Lucy does fall asleep after drinking her tea with Mr. Tumnus.
Also, check this out: I found an online tea shop that has three special Narnia blends:
Narnia
Narnia's Winter Spell Broken
Cair Paravel
I'm seriously tempted to get them!
And just in case you need your Tumnus/Narnia tea to go, how about a "Future Queen of Narnia" tea tumbler?
And then there are the BOILED EGGS.
Mr. Tumnus prepares two brown, "lightly boiled" eggs. Now, you probably know how to boil an egg. But because Tumnus' eggs are described as "lightly boiled" I wonder if they were SOFT boiled eggs (or lightly simmered). Here's a how-to for keeping the yolk a little runny. For hard boiled, remember that you can put the eggs in the pot at the very beginning, but once the water begins to boil, time it for 10-12 minutes. Here's another website for soft and hard boiled egg tips.
I'm pretty sure that Mr. Tumnus would have served those brown boiled eggs in a couple of nice egg servers. Here is a set of plain white ones, and here is a set of servers with chickens! and little spoons. Need some tips on what to do with that pesky shell? Check this out. (I think slicing off the top in a swift movement using a butter knife and then eating the egg out of the shell cup with a spoon is the coolest way. I'm not a pro at it, but my German uncle, Bernie, could do it incredibly well.)
AND guess what? I found a total treasure online. A recipe from the Narnia Cookbook, posted kindly (and recently) on the blog "Creating Through Life". The recipe is for Scotch Eggs and they look incredibly yummy. See for yourself!

And then there are the various forms of TOAST.

(From "The Rambling Tart") 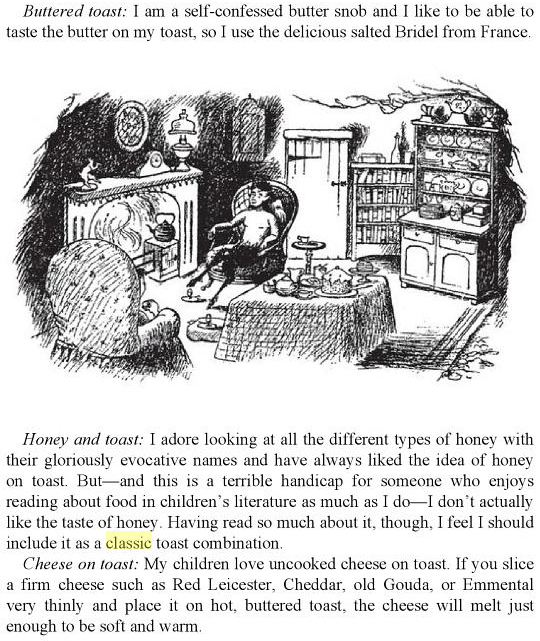 And now it's time for the sugar-topped CAKE.
Now, in Europe, cake served with tea --teacake-- is more of a bread or biscuit. Read a little about teacakes here on Wikipedia. Americans, It's not a frosting-ed, ooey, gooey, puffy, bouncy cake. Teacake is made to go along with tea. Thus it is more dense and dry, hence why it is so nice to have warm tea in between bites.
Are you perhaps curious about the cakes during wartime Europe (WWII, the time setting of The Lion, the Witch, & the Wardrobe)? Read the first few posts here on the "Into the Wardrobe" website. Interesting and informative.
The "Rambling Tart" has an interesting take on Mr. Tumnus' sugar-topped cake in the same post as the sardine toast. Also, here's a modified recipe from The Narnia Treasury.
(From NarniaFans.com) 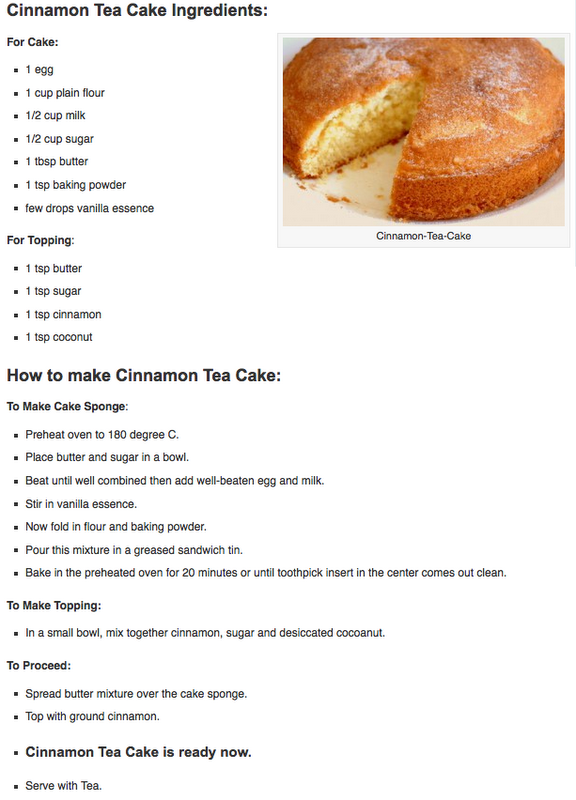 Below I've added a few videos for your Narnia viewing pleasure. The first is a sweet interview of Georgie Henley (Lucy Pevensie) and James McAvoy (Mr. Tumnus). The second and third videos are from The Lion, the Witch, & the Wardrobe official movie soundtrack (I LOVE this soundtrack!). Both compositions are from the early Lucy and Mr. Tumnus scenes.