The Week in Review & A Look Ahead

The Week in Review:

Monday was Brandon Sanderson's midnight release party for The Alloy of Law, his newest Mistborn book. I didn't go! I had my little copy of Alcatraz all ready, but the bookstore said that Brandon couldn't do any signings before the midnight release of AOL. I forgot to mention here that the party started at 9 PM. Anyway, I didn't think it wise to take my wee one onto campus with me that late. SO I'll just wait for another, more tame Brandon Sanderson signing. If such a one exists.

The BYU Bookstore had their Holiday Book Talk on Tuesday (see Friday's detailed post). It was great! I got some sweet swag and learned about a lot of new books.

There was a Variant "Book Bomb" (see Wednesday's special post) on Thursday to support local, LDS, YA author Robison Wells. It went very awesomely and felt really good to be a part of it. Even though the day of the book bomb (massive buying of Variant) has passed, I DEFINITELY recommend the book. If you don't have a copy, please get one ASAP. I just finished it this evening and it did not disappoint. Total thriller and suspense and "what the heck is going on here?" type stuff. And paintablling. This is what Rob had to say Thursday evening, "Variant is #56 on Amazon and I'm going to bed. You're all amazing people. A million thanks to Larry Correia for getting things rolling, and then everyone who worked so hard to spread the word on blogs and twitter and email and newsletters. You're all fantastic. I feel a little bit like George Bailey." Because of the bombing, Variant went up like a kajillion percent. Like from 7,643 place. And it was listed as #1 on "movers & shakers" and under the tens on the teen sci-fi list. How great things are done when people come together!

NaNo wise, this was a great week and I even made it to one of the write-ins. The one on Friday evening at The Chocolate in Orem (yeah, if I'm going to make it to one, might as well be at a place like that right? Pastries? Hot chocolate? Yes, please. Though I did spill hot chocolate on myself. Most of it made it in my mouth though, and none got on my NaNo so all was well.) I'm almost at 50% total for NaNoWriMo. And you've got to go to this cafe. It's great. I mean, it's called "The Chocolate" for heaven's sake. 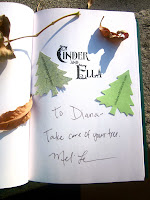 After I left The Chocolate I drove on over to the Orem Costco to meet LDS, YA debut author Melissa Lemon. She was signing her new book Cinder & Ella. As you may have guessed it's a twist on the Cinderella story (or should I say a twist on "A" Cinderella story? Because there are actually more original Cinderella tales than you can shake a stick at. Or 1,500 sticks. At least). I'm exited to read it and Melissa is great. Can't wait to see her again.

The November Blog Hop Giveaway ended on the 11th. The winner was Charlotte @ Charissa Books. The next blog hop I'll be participating in will be from December 2nd to the 6th. 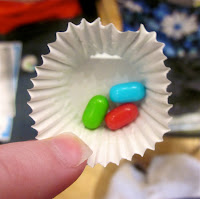 And the biggest event of the week was the TEEN BOOK FEST! Totally awesome event. Ally Condie spoke as the keynote address and then each of the other authors spoke individually each hour (Robison Wells, Kristen Landon, & Elana Johnson). There was a group panel discussion at the end. There were also crafts and games going on throughout the event and I got a society pin and a tablet container (inspired by Ally Condie's Matched)! Fun times. Thanks again, Provo Library, for another amazing event! (I'll post the lectures soon.) To see some photos of the event, please go here.
(and FYI: I just found this blog post by Ally and Rob concerning Crossed. Go on an Outer Provinces road trip!)

On Tuesday, Nov. 15th at 7 PM, "The Princess and the Goblin" play will be presented for free at the Orem Library in the storytelling wing. The play is based on the George McDonald story of the same name. (the play will also be presented on December 1st). Here's the info.

Saturday, November 19th, the tickets for the December 2nd Christopher Paolini lecture at the Provo Library will be available starting at 9 AM (at the library, of course). Click here for details.

Also on Saturday the 19th, at 2 PM, Richard Paul Evans will be doing a book signing at the Provo Sam's Club.

And thirdly! on Saturday, LDS, YA authors Jenni James (The Jane Austin Diaries) and Andrea Pearson (the Kilenya series) will be signing at Pioneer Book in Orem from 1 - 3 PM. LDS author Tristi Pinkston (The Secret Sisters mysteries) will also be joining them. Jenni will be holding a giveaway for a huge make-up set and will also have hand-made flower pens to give out.


Upcoming Releases:
Tell me, please! What do we need to know about?
Posted by Diana